The forecast leading up to this years rally was changeable to say the least. The original plan was to take the fleet ranging in size from 35 to 60ft over the channel to Cherbourg and Saint Vasst.

The aim of these rallies is always to encourage owners to explore further and provide support to those relatively new to boating. The format is a simple one: eat, drink, enjoy your boat and meet other owners along the way!

With the wind creating swell in the channel, the decision to change the destination was left as late as possible. Under the advice of the lead boat skipper – the decision was to opt for plan B and to head west along the Hampshire and Dorset coast.

We enjoyed fifty for welcome drinks and dinner on Friday night in Lymington and there were a few cloudy heads at the skippers brief on Saturday AM as a result. Due to the continually changing forecast a few chose to drop out and remain around the Solent while the rest made there way out past the needles. As the day progressed, the skies cleared and the sun shone providing champaign conditions for the rally. Crossing Christchurch Bay, passing Harry and anchoring in Lulworth Cove for lunch and a swim – the boats passed Durdle Door and the rest of the Jurassic coast before pushing on to Weymouth and Portland.

Drinks were waiting for the boats on arrival at the fantastic Dean & Reddyhoff Portland Marina where the staff and facilities were faultless. After a few hours in the evening sun, some food, a few drinks and a band that was far too loud for the venue – skippers and crews headed back to their boats ahead of the light show over Portland (although many slept through it!).

Sunday we awoke to more blue skies, a lazy departure, glassy flat seas and enjoyable trip back to base. For more photos, see here.

Thank you to all of those taking part, Karl the skipper, both Lymington Yacht Haven and Portland Marina for looking after us and we look forward to visiting Saint Vaast when the weather permits!!

For more information on the Ancasta Motorboat Club, see here. 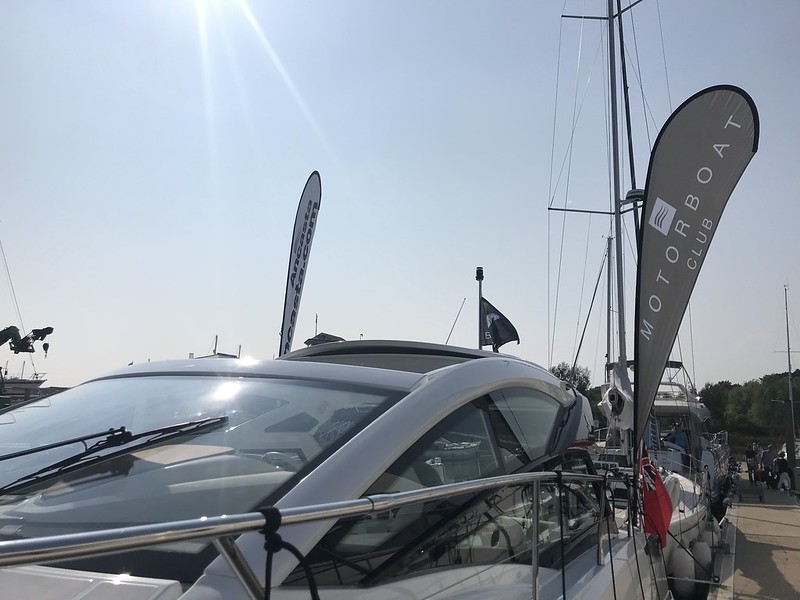 Each year the Ancasta Motorboat Club looks to create series of fun, informal events that are open to owners looking to take their boats to places they have not been before, to places they are perhaps not comfortable cruising to on their own or simply open to those who enjoy cruising in company. With a professional skipper, the cruises are safe and a fantastic opportunity to try new things and share experiences with fellow boat owners.

Long cruises, fishing, quick trips, sport and great sensations. Oceans, seas, lakes and rivers. All types of boating, all types of pleasure, and all horizons in seven ranges and forty models. There is a dream to suit everyone.

Launched 25 years ago, the Prestige range of motor yachts success is founded on a few simple concepts: all living spaces on one level, 360° panoramic views, and an independent owner’s suite.