The Protector 330 Chase is a high performance centre console RIB which has found popular application in the world’s largest sailing events and latterly, recreational & commuter use. Its extended hull and advanced design means the Protector 330 Chase rides smoothly at high speeds, even in rough seas while its full sized Bimini top and front screen offers shelter from the weather. Larger fore and aft deck space means you have plenty of room for family & guests and storage for all their kit.
Enquire 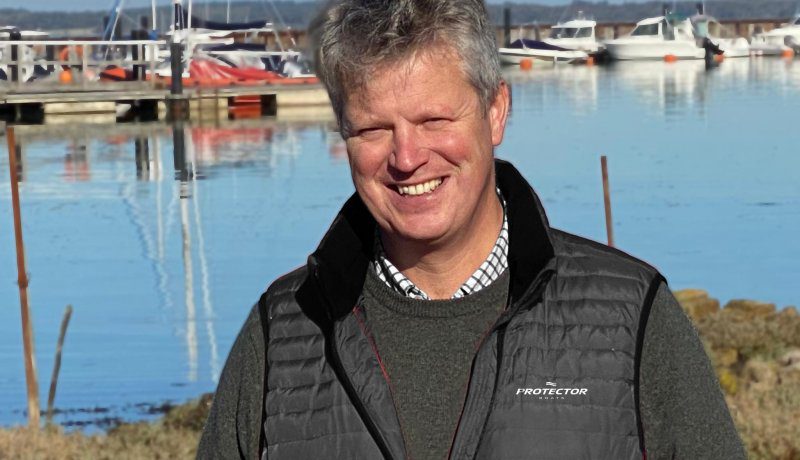 Thom grew up at Hill Head on The Solent’s north shore before moving to Cowes when a teenager. Sailing dinghies and family boating progressed to keelboat racing and working in Cowes Yacht Haven, or Ancasta Marina as it was then. He spent three years in the Mediterranean and Caribbean on large sailing yachts including Atlantic crossings, regattas, deliveries and yard refits. Thom returned to “real work” spending 20 years in the energy sector working across Africa and N. America - regularly returning for Cowes Week and RTIR as well as cruising and racing wherever he found a sailing club. Thom lives and races his X-One Design at Yarmouth, IW but spends lot of time on The Fal Estuary with his family and a small flotilla of dinghies, launches and paddleboards.