This new PRESTIGE concentrates all the latest evolutions of the brand while respecting the tradition and heritage of Prestige Yachts. On the exterior, this model boasts the signature features of the latest PRESTIGE models. In addition to immense continuous windows in the hull, the PRESTIGE 590 features a wide forward hull with long, elegant lines. The PRESTIGE 590 is fully adaptable.
Enquire

As with all Prestige Yachts, the main saloon area is flooded with light and the large wrap-around windows provide excellent views of the ocean beyond. You can also enjoy 360 degree views from the large flybridge which offers uninterrupted ocean vistas.

The Prestige 590 is propelled by twin Cummins 600 HP engines for excellent power and speed at sea. Despite her size, the 590 is also easy to maneuver and simple to dock thanks to the joystick controlled Zeus Pod system.

The deluxe owner’s suite is positioned in the centre of the boat for maximum space and has its own private access from the main saloon. Enjoy a large island bed, plush furnishings, ensuite bathroom and walk-in closet. Large porthole windows flood the room with light for a bright and airy feel.

There is plenty of sleeping space onboard for family and guests with two variations of the 3 cabin layout. The first option includes two bathrooms with two walk-in closets. Alternatively you can treat VIPs to an extra bit of comfort with an ensuite bathroom in the forward double cabin.

There are multiple sunbathing and relaxation areas onboard the Prestige 590, from the large flybridge with an L-shaped sofa and sunbathing pad, to the spacious aft cockpit with easy access to the galley and elongated swimming platform, and a large sunpad on the bow with optional sun awning and convertible table. 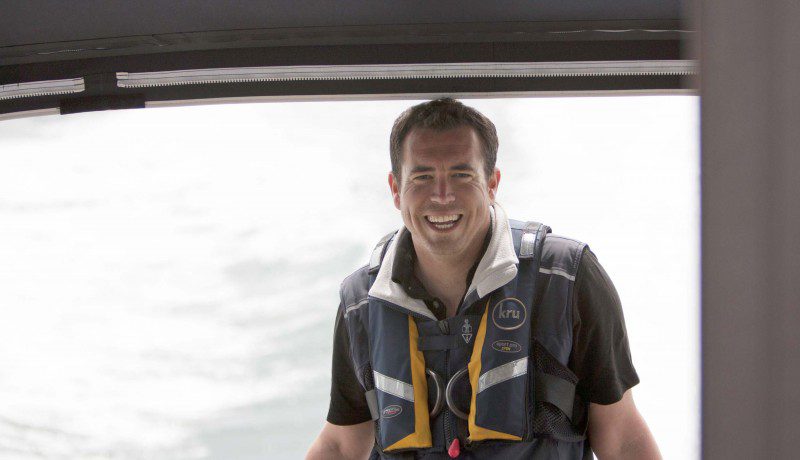 Nick has been an integral part of the Group since he joined us to work weekends while at Chichester University! Nick took a full time position in 2007 at the Port Hamble office shortly after graduating and was delighted to move to our Lymington office in 2008 where from 2009 he assumed the role of Office Manager for this extremely successful branch of the network.

Excelling as a Brokerage Manager, Nick’s appointment as the Prestige Brand Manager in 2014 was a natural progression and we are thrilled to have him back in the fold of Ancasta's head office in Port Hamble.  The Prestige brand and most importantly sales have grown significantly in the UK since Nick took over the reins with Ancasta being awarded the ‘Prestige Dealer of the Year’ twice during Nick’s tenure in 2016 and again in 2018.

In 2016 Nick was invited to join the senior management team at Ancasta and has since been an influential member of the board helping implement new strategies to further grow the business.  In 2017 Nick’s relationship with Prestige played a major part in Ancasta being appointed as the main dealer for the Balearics.

Out of work (yes we do let him have time off once in a while!) Nick is a very outdoor person who loves yacht racing, snowboarding, mountain biking, enjoying time with his family and has even been known to run the odd half marathon or two!