Extended console to accommodate the new layout and house the new displays.

When Mr C bought a brand new Prestige 420 from Ancasta Yacht Sales in 2020, he asked Ancasta’s commissioning team to arrange for some modifications to be made to the boat. He wanted to add a few extra luxuries to make life on board even more enjoyable, including a wine cooler, satellite TV and wifi, as well as make adjustments to the helm station and fit extra handholds around the boat to help with a disability.

The Ancasta commissioning team were only too glad to help and worked with our client to formulate the best customisation plan for him. Changes to consoles on the flybridge and on the lower deck involved moving controls to the opposite side of the steering wheel to make access easier, and add extra instruments to the panel, including a Dockmate system with a wireless joystick.

The AYS laminating team did a fantastic job of lengthening the console to accommodate the new layout and house the new displays. As you can see from the photos, the team managed to create an extension that blends seamlessly with the original panel, and the redundant apertures that have been filled are completely invisible. 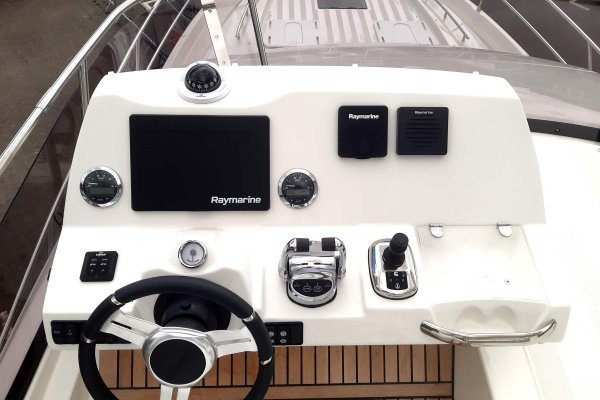 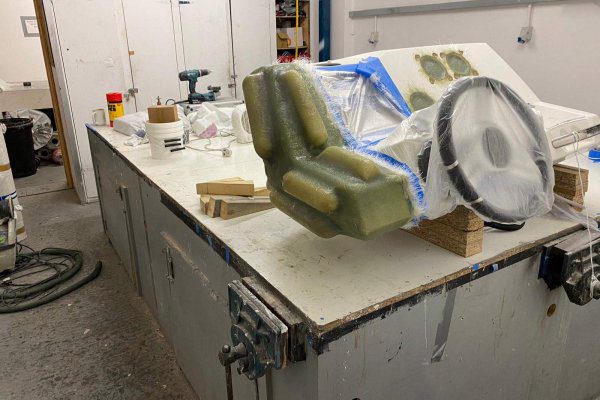 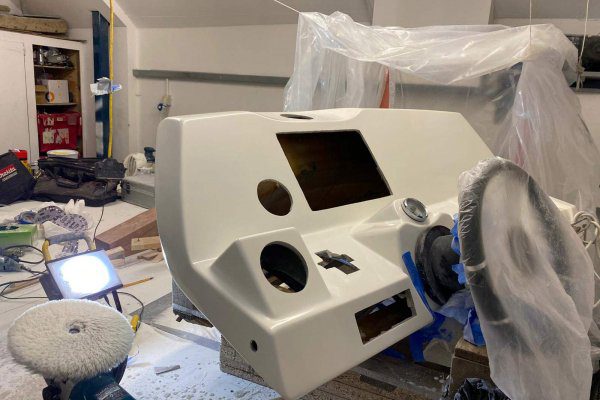 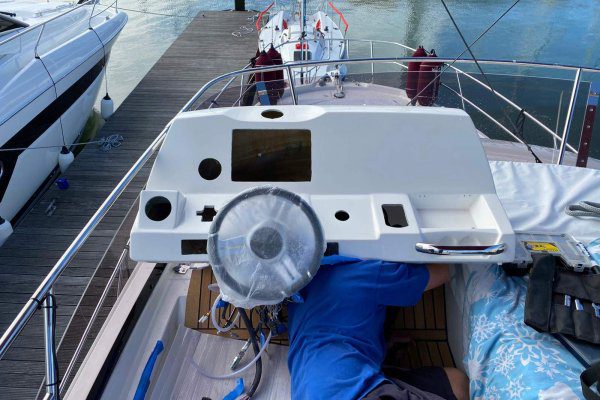 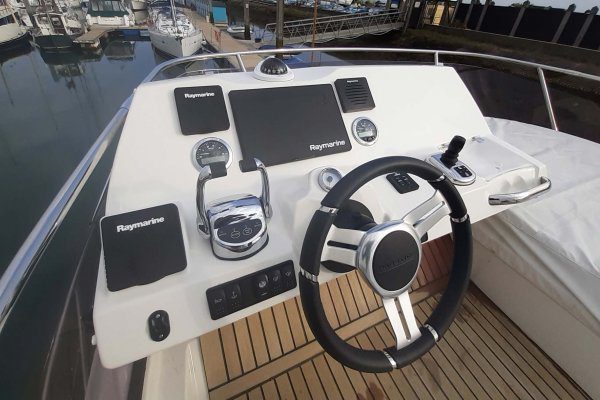 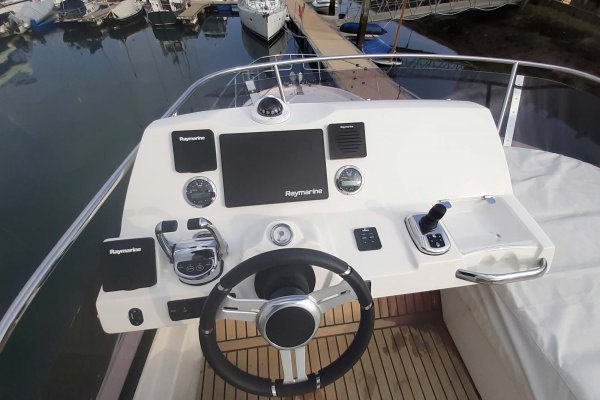 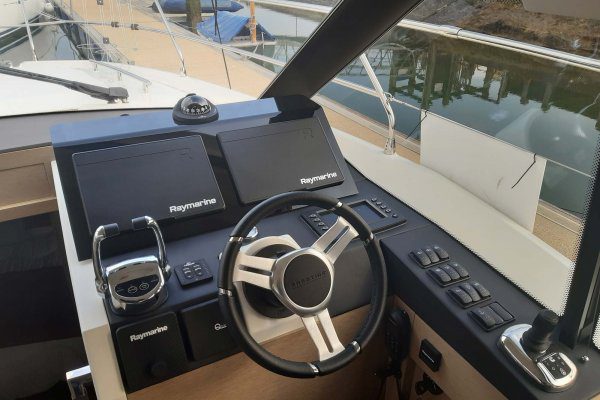 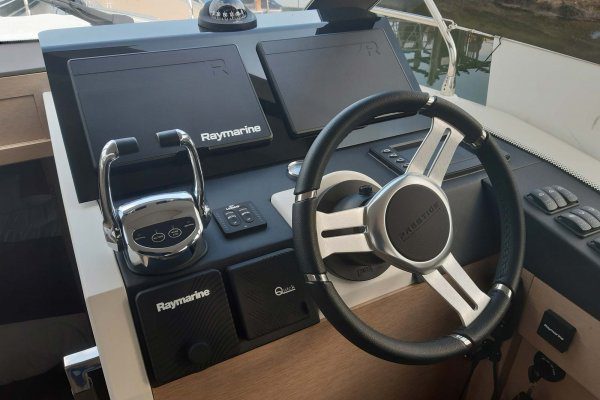 To complete the transformation, we also commissioned some custom made canvas covers and matching fender socks in the owner's favourite colour, burgundy, and had them embroidered with the boat's name, giving the boat a smart and coordinated finish. 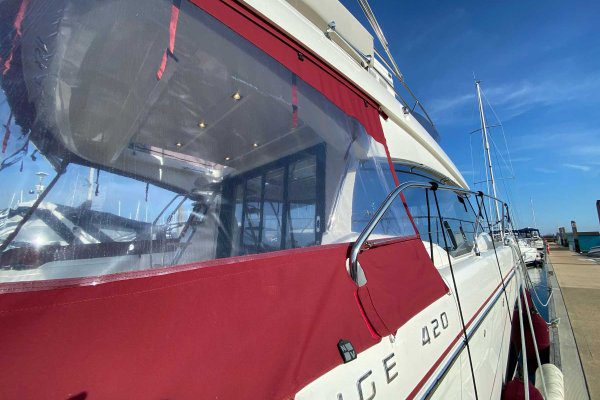 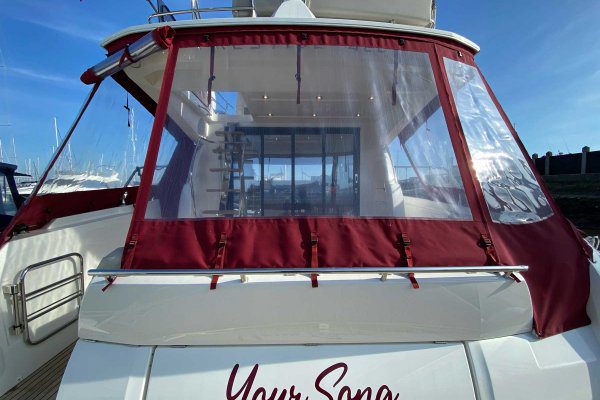 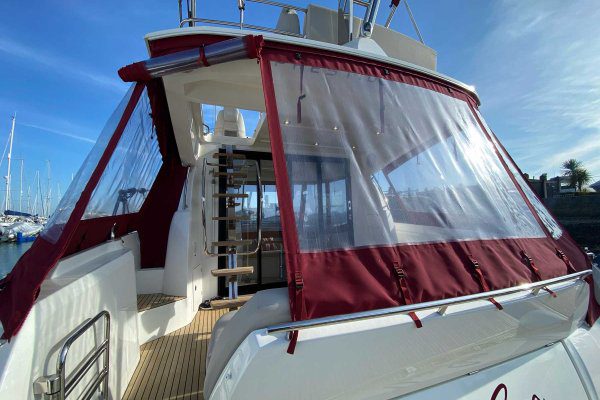 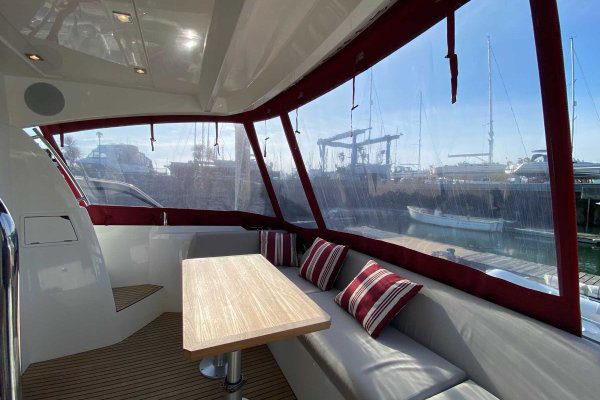 "In 2020 I ordered a brand new boat with Ancasta. The sales team were knowledgeable, friendly and efficient. Once the order was placed, their commissioning team (Adam and Veronika in my case) took over to get the boat ready for launch and handover. Truly, the commissioning team were FANTASTIC. Nothing, but nothing, seemed too much trouble! From the initial chat when I told them about complicated bespoke modifications I needed, to various standard extras that I then added, to the timely coordination and oversight of the various sub-contractors, to the handover day itself... they worked very hard and with incredible efficiency and - most importantly - kept me informed every step of the way. I was SO impressed that, believe it or not, just six months later I have ordered another (slightly bigger) boat with Ancasta and look forward, yet again, to working with Adam and Veronika to modify and enhance my new boat."
Mr C, Isle of Wight 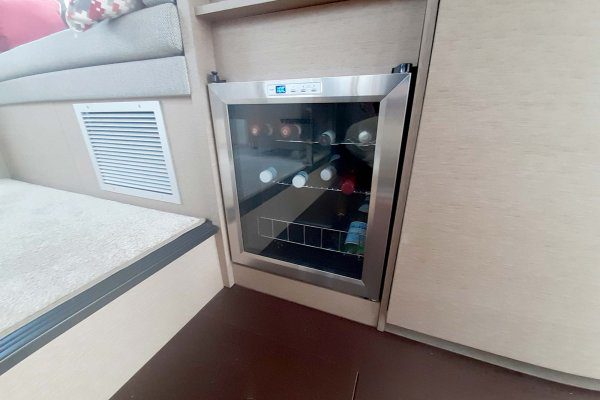 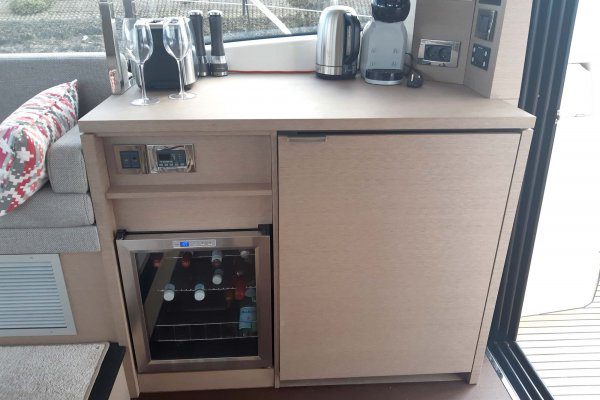 Extra handholds for safer movement around the yacht.

The Port Hamble AYS Office with stunning views overlooks the River Hamble.
This is a prime location in the beautiful breathing space between the cities of Southampton, Winchester and Portsmouth.