Centrally located in the Solent, the River Hamble is home to thousands of private cruising and racing yachts, and is a popular starting location for many cruising adventures.

Centrally located in the Solent, the River Hamble is home to thousands of yachts and is a popular starting location for many cruising adventures. As you might expect you will find a huge range of businesses the length and breadth of the river supporting every aspect of the British marine industry. 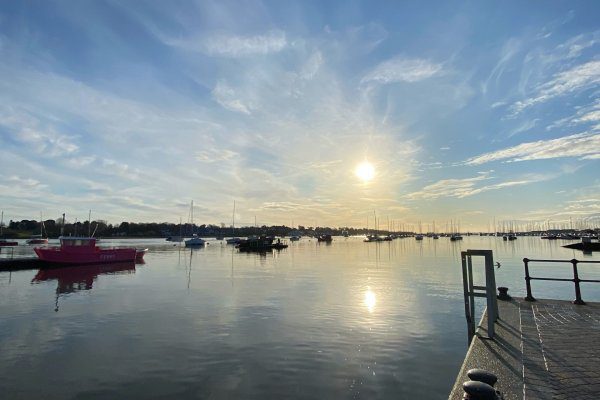 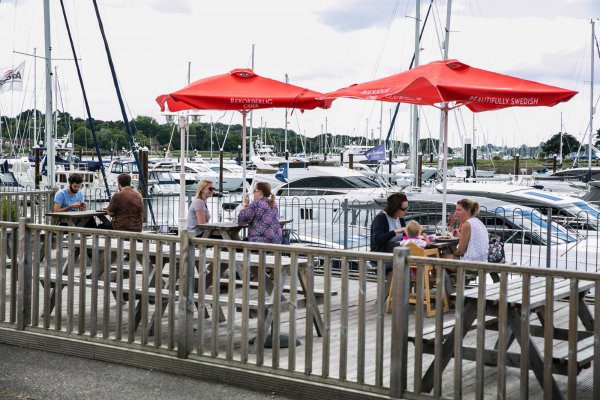 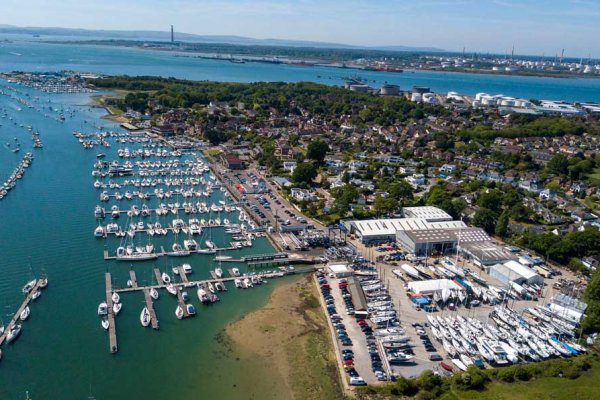 Whilst the River Hamble has been a focal point for the modern marine industry for many years, it’s history is often overlooked or little talked about.

As you travel up the river, this short guide will help you enjoy the present but also encourage you to take a look into the past, beyond the hustle and bustle of modern life.

Earliest records of activity on the River Hamble date back to the Monks at Bishop Waltham who used to set sail from the River Hamble for the Mediterranean and the Middle East from around 720.

In 877 it is recorded that three Viking ships sunk after taking shelter in the river from a storm. Pirates existed in Hamble around 1572 and a fishing fleet existed from 1606. There are also remains of an Iron Age settlement as well as a Napoleonic gun battery.

At the entrance of the river, Warsash Maritime Academy, now part of Southampton Solent University, is a prominent building on the right. The academy provides education & training services to the international shipping, commercial yacht, offshore oil, gas and renewable industries.

Whilst boat building works were focused at the top of the river in Bursledon from the early 1300’s, it was not until 1807 when the first boat yard opened at Warsash. This was helped in the main by the new bridge as workers were able to walk around from Bursledon.

Warsash is derived from Warish Asse Feld after donkeys were turned out to graze along the river banks following the dissolution of the monasteries in 1537. Warsash is now home to the River Hamble Harbour Authority who manage all aspects of the river from the conspicuous black and white building. There are a number of mid stream visitors moorings available as well as a walk ashore pontoon, which also offers a waste pump out facility.

There are three pubs, The Rising Sun on the shore front, The Ferryman and the Silver Fern, along with a number of restaurants. Warsash Sailing Club which, whilst a members club, welcomes visiting yachtsmen and plays host to the annual early season sailing regatta “The Warsash Spring Series”.

The earliest evidence of a river crossing between Warsash and Hamble goes back to 1493 and in 1606 you would be charged 1/2d for a pedestrian and 1d for a horse to cross the river. The ferry has a long association with the Bugle Pub, in 2002 it was painted pink and can be seen regularly ferrying passengers across the river.

If you are looking to stretch your legs, there is a beautiful walk along a gravelled pathway that can take you from Warsash all the way round to Bursledon.

Opposite Warsash is Hamble Point Marina one of three marinas operated by MDL (Marina Developments Ltd), the others being at Port Hamble and Mercury Yacht Harbour. The marina is fully serviced with visitors berths available and a bar and restaurant on site. It is approximately 1 mile into the centre of Hamble Village.

During the War, Hamble and the surrounding area played a major part in the war effort. It was home to an aircraft training centre and the river was full of landing craft prior to the D Day Landings in 1944.

With the war over, the first mooring piles were driven into the river in 1950, hard now to imagine a river without the thousands of leisure craft we see today.

Hamble Village itself is very picturesque with quaint cobbled streets and a variety of restaurants and bars. Port Hamble Marina is located centrally in the village with plenty of visitors berths and a fuel pontoon

The third and oldest surviving sailing club in the village is The Hamble River Sailing Club which was founded in 1919 by seven men from Hamble who used a storage hut in the grounds of the Bugle Pub. An active sailing club, it runs weekly club racing as well as the Garmin Hamble Winter Series.

A short journey up river is Mercury Yacht Harbour, originally built by Sir Robin Knox Johnston and favoured by many for its sheltered wooded site, this is the third marina on the river operated by MDL. In 1892 the training ship Mercury was moored nearby. Known locally as “Noah’s Ark”. TS Mercury was run as a nautical training school for the Royal & Merchant Navies before closing in 1968.

A little further up stream is Universal Marina, just 20 mins from the river entrance it is a family run business set in acres of rural and tranquil surrounds. There are numerous on site businesses able to meet all your boating needs and an excellent bar and restaurant.

Since the mid 1300’s Swanwick and Bursledon were the focus for a range of ship building activities with the last Naval vessel being built in 1813.

In 1786 HMS Elephant was launched, chosen by Vice Admiral Horatio Nelson in 1801 as his flag ship during the battle of Copenhagen where he is said to have placed his telescope to his blind eye and claimed not to be able to see a signal ordering him to withdraw.

In 1827 John Moody, a carpenter who started boat building in his back garden in Swanwick, moved to a parcel of land on the Swanwick shore. His son Alexander joined the business in 1850 where along with his other brother Frederick, they repaired fishing boats and built dinghies. Reginald Moody joined the partnership in 1907. Moody started to build GRP boats in 1965 and continued until 1989. Set in the upper reaches of the River Hamble.

In 1970 the M27 Motorway bridge was built across the River Hamble and then in 1980’s the BBC TV series “Howards’ Way” helped make the area famous. The Jolly Sailor Pub set on the banks of the river was the setting for many scenes of the hit show. Built in 1750 and owned by the nearby monastery it became a pub around 100 years ago, it is still a favourite riverside watering hole.

When Francis Deacon returned from the First World War in 1918 he bought a strip of land on the foreshore below the railway and lived in a 70 foot Motor Launch with his wife. This was the start of Deacons boat yard still a thriving yard today with full on site facilities. Beyond the road and railway bridges lie RK Marine boat yard and then further up the river Eastlands Boat Yard naturally both favoured by those without a mast!!

At the highest navigable point on the River Hamble lies the Horse and Jockey Pub, only accessible at certain times of tide this is a great place to explore by dinghy, kayak or paddle board.

The Hamble River is home to the Ancasta Group with new and used boat sales offices located in both Swanwick and Port Hamble marina. The Ancasta Aftersales and Parts departments operate from the Hamble Yacht Services boat yard which has been supporting yachtsmen from all over the world from their convenient location in Port Hamble for over 35 years. Today the site and services have grown and cater for boat owners of all disciplines.

Written by Chris Warwick, Universal Yachting Ltd. Based on the River Hamble, Universal Yachting manage a fleet of yachts for private owners. Some of which are offered for charter and are available for a range of sailing activities. Half day and day sailing for individuals or groups as well as weekend bareboat and skippered charter. Full range of RYA Practical Training Courses offered including own boat tuition. Contact them on: T: 01243 697274 E: info@universalyachting.com. www.universalyachting.com